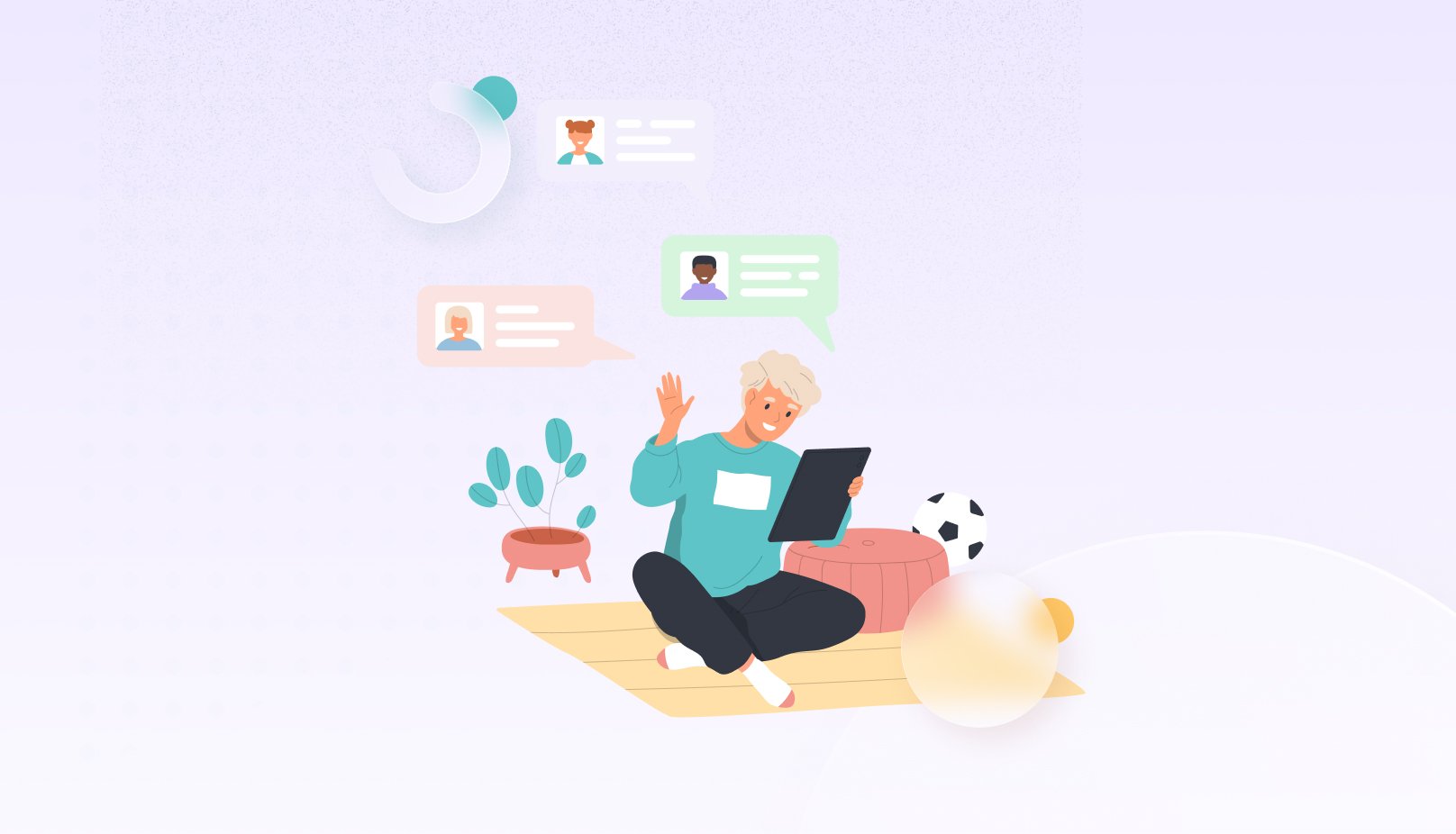 Only 5 years ago when we released team chat for Taskworld, the concept of using chat for work-related communication was in its infancy. For a lot of companies, it was unfathomable.


Fast forward 2020, team chat is now used by millions of organizations worldwide. Not just by tech-savvy businesses but also by traditional organizations that usually abhor using new processes at work.


It’s wide appeal sometimes makes us forget that team chat is a relatively new concept at the workplace. Unlike emails and presentations, when it comes to team chat there isn’t much awareness about its etiquette. We still tend to apply the same standards to work as our private chat experience.


Here are 8 etiquette tips that would make you more professional in team chat.

Unlike emails, in most workplace chat tools the sender can see if the receiver has seen their message. This usually happens using a “seen by” icon that appears after a new message.


You can read an email and take your sweet time replying to it. However, it’s rude to leave a colleague hanging after they know you’ve seen their message.

Of course, you can’t be expected to respond right away with an answer on every occasion. However, a simple acknowledgment that you’ve seen the message and will get back makes you appear more professional.


This doesn’t mean you should instantly respond to every chat message you receive. It only means that once you have seen the message, you should reply to the sender. You don’t have to open every single message as soon as it appears. 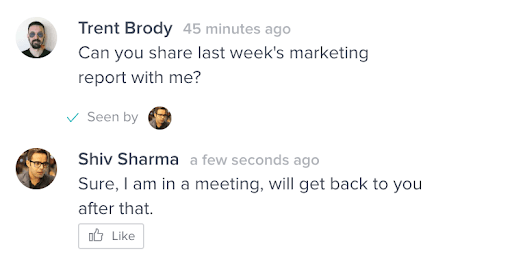 ##2. Avoid scattered messages in a stream

When we chat, we tend to write messages as they appear in our heads. We usually don’t spend too much time structuring them. They look similar to this: 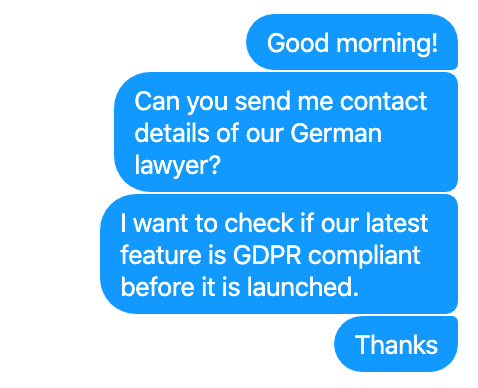 While there’s nothing wrong with the message itself. Every time a text block is sent, it will send a separate notification to the receiver. If the receiver is online, they’ll most likely respond when they receive the first block, and if another block appears before they can finish they’ll have to rethink their response. A better way to send the same message will be in a single block so that the receiver gets notified once and has all the information needed to reply. 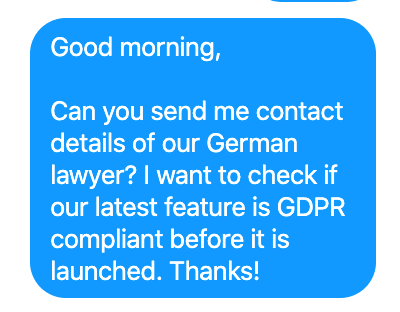 Some modern team chat tools including Taskworld have solved this issue by automatically grouping text messages into one block if they are sent one after another, and notifying the receiver only once. However, depending on your chat tool, it’s still useful to avoid sending scattered messages in a stream.


3. Don’t get into argument over chat

Team messaging is easy, fast and super convenient. No wonder it has become the preferred medium for even communication within the office.


However, you should refrain from using chat in case of an argument. For difficult conversations that involve conflict, there is absolutely no substitute for face-to-face interactions.


It’s very easy to misinterpret messages while having an argument over chat. And no matter how hard you try, it won’t be fully resolved until you talk it out. That’s why if you’re offended by a message, don’t react impulsively. Give the sender the benefit of the doubt. If the miscommunication still persists, ask to either switch to a video call or meet the receiver in person. AND PLEASE DON’T USE…sorry, please don’t use all caps. Only swearing can be more unprofessional in a chat than using all caps.


4. Be careful with mentions and push notifications


There’s a reason why most chat tools don’t send direct notifications for group chats – they can flood your inbox and drive you insane. That’s why using mentions for every message doesn’t make sense. It’s equivalent to writing “Important” in the subject line of all your emails. After a while, people will stop paying attention and it will lose its intended meaning.


Use mentions selectively in essential situations when you need to trigger direct notifications. For example if you are sharing an interesting article on your team’s public channel, simply post it without using mentions.


While discussing work in pubic channels, you’d often uncover issues that’ll compel you to give feedback that’s not always pleasant. Public channels are great for sharing good news, updates and asking questions. Use private channels for criticism and unadulterated feedback. This is especially important if you’re in a management role.

Creating a culture of finger-pointing doesn’t lead to higher accountability. It only leads to people passing the buck. Team members should be encouraged to embrace radical candor, but not air their dirty laundry in public.

However, don’t edit your message if someone has already responded to it. This might cause undue confusion. Instead, rewrite your message and ask the receiver to ignore the previous message.

Similarly, don’t delete a message if you have already received a response for it. In case you encounter a deleted message, don’t ask the sender about what it was. There’s a reason the message was deleted by the sender.

It’s important to understand when to use email instead of chat and vice versa. Emails still work better for long-form communication. They also work better in cases where messages shouldn’t be allowed to get deleted or edited (formal appraisals, purchase orders, client communication, etc.).